William Snowball was connected with the Children's Hospital, Melbourne, from 1878 until his death. He was also in private practice as a paediatrician and has been called 'the father of paediatrics in Melbourne'.

Born Carlton, Victoria, prob. 7 November 1854. Died 22 April 1902. Educated University of Melbourne (MB 1875, BS 1880). Also studied at University College London (LSA 1876). Worked at the Great Ormond Street Hospital and in Edinburgh and visited several continental hospitals before being appointed resident doctor at the Children's Hospital, Melbourne 1878-82, private practice as a paediatrician at Carlton and became an honorary at the Children's Hospital in 1882. Chairman of the honorary medical staff at the Children's Hospital, working to improve both in-patient and out-patient accommodation and nurses' accommodation. He also introduced hospital lectures by the honorary staff to nurses and medical students. President, Victorian Branch, British Medical Association 1895. 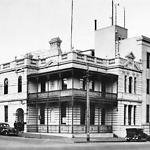 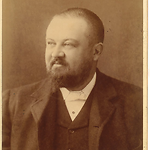 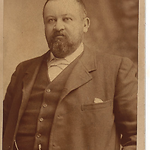