Keith Sutherland was an expert in flotation systems and surface chemistry. He was appointed head of the Council for Scientific and Industrial Research (CSIR) physical chemistry section in 1941. During the war years Sutherland was involve in many projects including the testing of the efficiency of gas masks against zinc arsenide. In 1947 he moved to London to work at the Royal Institution of Great Britain and returned to Australia and the CSIR in 1950. Eight years later Sutherland was appointed head of the newly formed CSIRO (Commonwealth Scientific and Industrial Research Organisation) Division of Physical Chemistry. In 1959 he was appointed director of research in Sydney for the Colonial Sugar Refining Co. Ltd, a position which he held until he retired in 1978. as part of this role Sutherland helped establish the David North Plant Research Centre in Brisbane and the CSR industrial research laboratory at Roseville, Sydney. He was also involved in the management of Lizard Island Research Station on the Great Barrier Reef and was honorary curator in the malacology department of the Australian Museum. 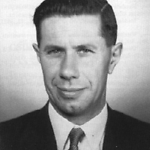